H4 EAD News Update :  The most recent update was when Join status report was filed in Lawsuit by DHS. See below sections for more details.

The original H4 EAD was created under Obama-Biden administration. So, Biden win is a positive thing for H4 EAD program. What we do not know is the Court situation.  On Jan 25th, 2021, OMB has withdrawn the H4 EAD Removal rule.  DHS has to defend their action now in court, in the past they said they plan to cancel it and had regulatory agenda item as well.   It will now boil down to the court arguments and how the facts are presented. We need to wait and see, how this whole thing works in court. 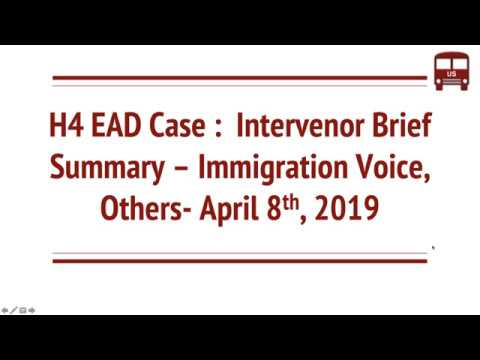 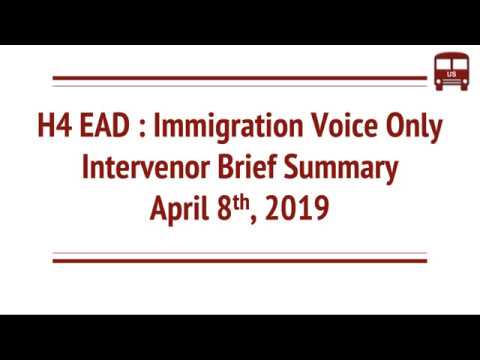 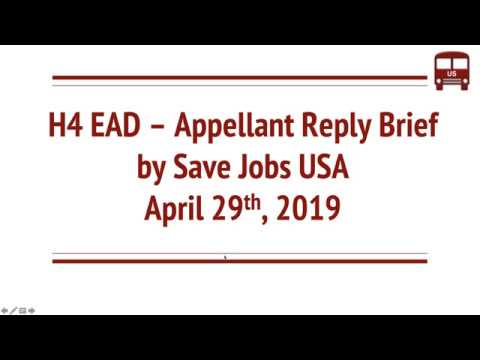 Absolutely Yes, until the official rule is published, you are eligible to file for H4 EAD in 2021. We have a long way to go and nothing changes until it is final and USCIS publishes the official rule that it is removed. Check out Step by Step guide to Apply for H4 EAD , Biometrics needed ?

Yes, you can. H4 EAD removal rule was withdrawn by DHS on Jan 26th, 2021. Unless courts take any action in future, everything will be normal. As of today, you can continue to file H4 EAD.

When was H4 EAD Removal Rule withdrawn by OMB ?

Many attempts were made in the meantime by Members of Congress, Many other groups including CEOs of companies, writing letters to USCIS to re-consider and not remove H4 EAD and the hardships it will create to many, but all of them were politely replied saying their intent is to align with Trump’s Executive order priorities and public will get chance to put in their comments during rule removal process.  USCIS has been delaying this as they know they have to be very thorough to submit to OMB and then to public.

On the lawsuit front, the judgment was given by appeals court that Save Jobs USA has standing in the case and it is now sent to District Court for further steps. The re-hearing requests in Appeals court were denied and the final order was sent to District court on Feb 7th, 2020. It is now being handled in the District Court. There is no update on it since October 2020. We continue to wait. Now that DHS stance has changed and they do not plan to revoke H4 EAD rule, they need to give justification in the Court.

As it stands today, you can apply for H4 EAD and work on the same, nothing is stopping you from that until Court rules any decision on this.