As we have H4 EAD Rule Removal Process in progress by Trump Administration, on Nov 16th, House Representatives  Anna G. Eshoo and Zoe Lofgren have introduced a new bill in House to “Allow certain H4 Dependent Spouses to Apply for Employment Authorization (EAD)”. Below is a quick summary and status.

Let’s look at the background and what is the summary.

Where is the official Bill – “H4 Employment Protection Act “? What does it say ?

The official H4 Employee Protection Act is on US Congress website and called H.R.7150 with the below text “H.R.7150 – To direct the Secretary of Homeland Security to continue to apply the rule entitled “Allowing Certain H-4 Dependent Spouses to Apply for Employment Authorization”, and for other purposes.” Below is a screenshot of the current status. As you can see, it is just introduced in the house and they do not even have summary text. None of the details exist at this point. You can check it at Congress.gov 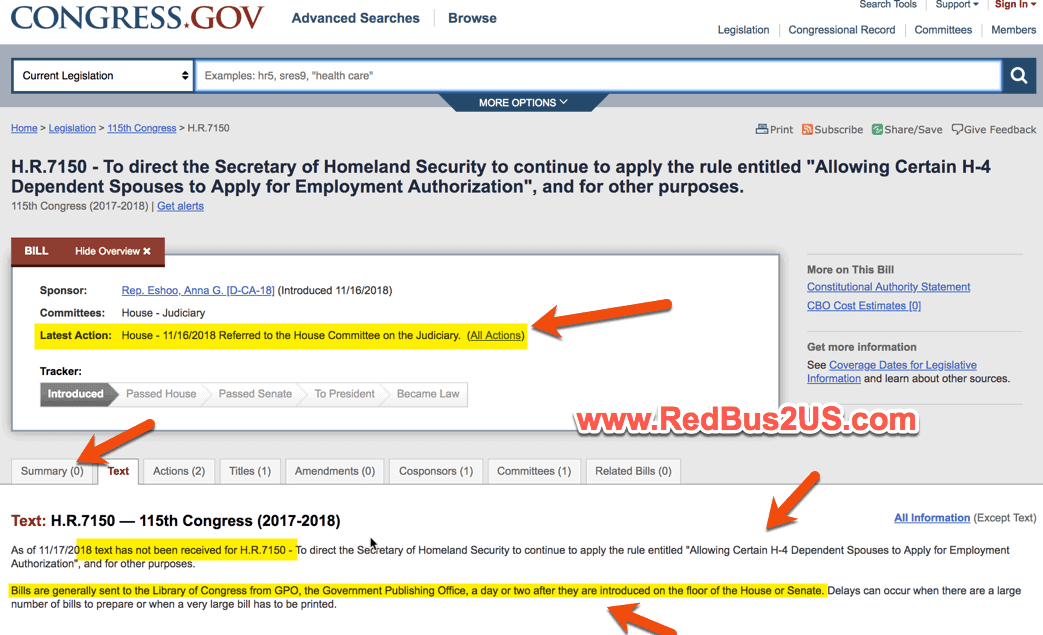 How does this H4 Employee Protection Act impact current removal of H4 EAD ?

Well, it is really early to speculate anything. The bill has a very long way to go. It is just introduced in the house and we do not even have the summary text. For this bill to make it through, it has to pass house, then senate and signed by president to become law, which is a very long and hard road to go through. There are many immigration issues that are stuck in the house for a long time. I believe this bill will be added to the larger immigration issues that are in house. Now that Democrats have majority in the house, it will be interesting to see how these new bills will progress and both democrats and republicans have to agree on few things and progress. Only time will tell.

As of now, nothing changes for H4 EAD holders, you can continue to file for H4 EAD as usual with USCIS.

What do you think of the new bill ? Will it progress to next steps ? What are the odds ?