USCIS updated the H1B cap count numbers today and as of Octobers 22nd, 2010 the updated H1B petition filing numbers since last week are:

Analysis of H1B numbers and US Economy

The H1B petitions filed this week increased by a significant number this week…If we compare with last week, Oct 19th H1B Visa Cap Count update, the regular cap numbers were up by 600 from 900 last week to 1500  this week and the advanced degree were up by 200 from 300 to 500 this week. In fact, this is the highest number of petitions filed in a week since September 7th…Well, if we look at last years filings in the graph below, you can see that there was a big spike in numbers during the same period of time.  I guess, it is the beginning of the last quarter and companies tend to hire as soon as they have budgets approved for the quarter and most likely it can be that impact… about US economy, as always, there are small glitters of hope like New Home Sales up by 6.6% in September, which indicates the economy is recovering but at a slow pace…The next month is projected to be good for retail spending as Halloween spending is supposed to go up by 4%, also the holiday season sales are expected to go up as well… Consumer confidence is slightly up, but not the best….What all the spending means to companies ? They need more people to work for them…supposedly they might need skilled workers as well, which is most likely to hire H1Bs….

Do you have any other guess for increase in H1B cap count ? Economy ? 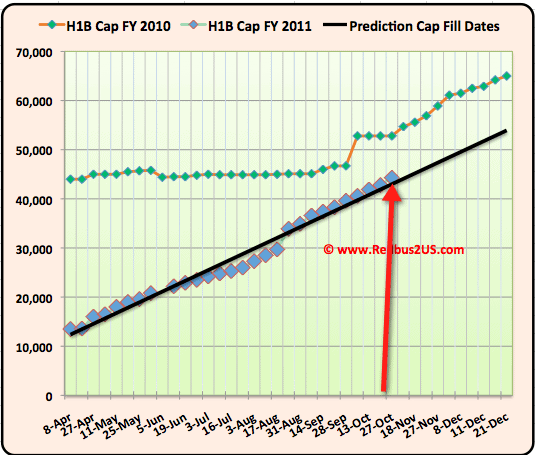 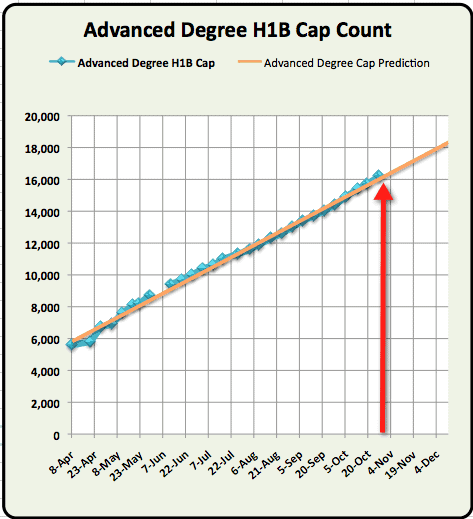