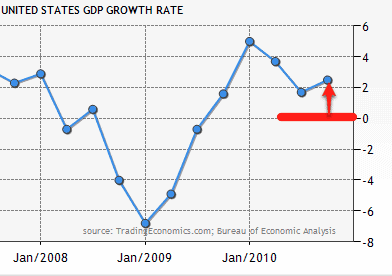 The Advanced degree cap H1B petitions filed increased quite a bit from 200 last week, Nov 16, 2010 H1B cap, count to 436, which is more than double…where as, the regular H1B quota increased by 177 from 1000 to 1,177….overall, the filings increased from 1200 to 1613. The increase in H1B numbers of advanced degree can be because of the general rush by advanced degree holders trying to speed up their H1B related stuff as the cap is very close to completion for that quota…I have extrapolated the data to next year and based on the data, the regular cap will most likely last till Feb 1st, 2011 and the advanced degree cap will last till end of December, 2010. Check the graphs below for arrows.  In fact, this is a great sign for some of you to buy some more time, observe the job scenario and then take a decision about changing visa status to H1B.

If we look at the economy, mixed bag of results…the US GDP grew at 2.5% in 3rd quarter 2010, better than initial forecasted 2.0% . Higher consumer spending influenced the growth. On the other hand, sales of existing homes fell by 2.2% in Oct 2010, which is not good for economy…Fed officials are not very optimistic about the speedy recovery…they expect over 6 years for the economy to recover fully and have the unemployment rate back to normal levels…That’s quite a stretch and not good to hear from a team like fed governors.  There are quite a few companies that solely depend on seasonal sales like the upcoming holiday spending…it will be curious to see how consumers spend in the next month or so to influence the economic growth…

What are your thoughts on economy? Any other H1B predictions ? 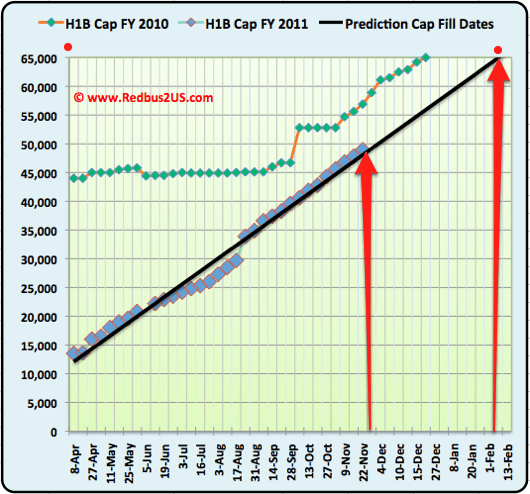 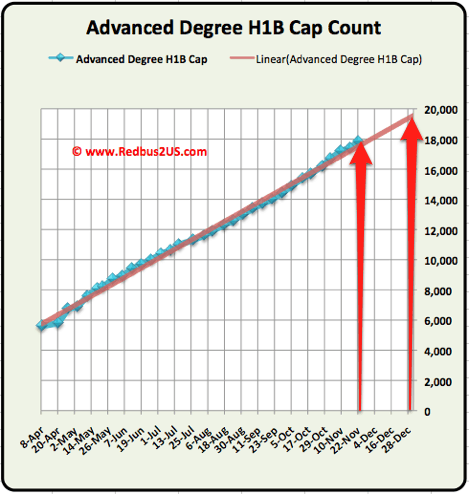