If we look at the H1B filings this week, there was a small spike in the regular quota filings, they were up by 300 from 900 last week to 1200 this week. Unlike, the advanced degree cap filings were down slightly by 100 from 800 last week to 700 this week. I do not see any specific reasons for the spike or drop…it is just that the filing pace need not be uniform and companies keep hiring at different times…may be easter weekend impact…It is too early to attribute the positive economy forecast by Fed to this spike.

Looking at US economy news, the US GDP growth fell to 1.8% in first quarter of 2011, compared to 3.1% growth in last quarter of 2010. Also, the jobless claims jumped by about 25,000 in the last week reaching to 429,000. Economists are in consensus with GDP numbers, but they are not too happy about the jobless claims numbers as it can check the pace of economic recovery. Gasoline prices are a big concern as they seem to be rising…Overall, the economy is recovering at slow pace and the need for Skilled labor to be hired on H1B visas could  be moderate…but, in the strategic direction it might look better as Fed forecasted good numbers for the whole year as explained in last week April 27, H1B cap count Analysis

What are your thoughts on Economy ? 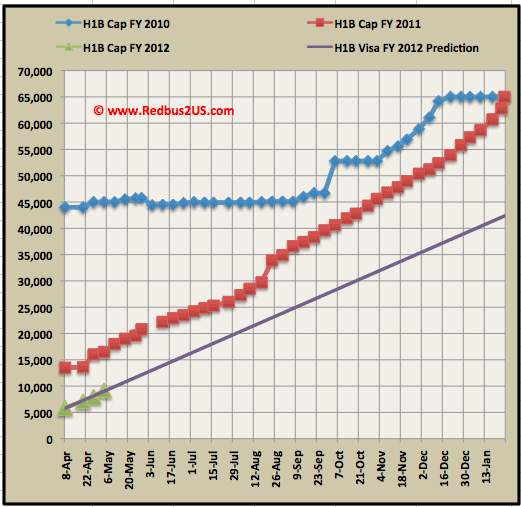 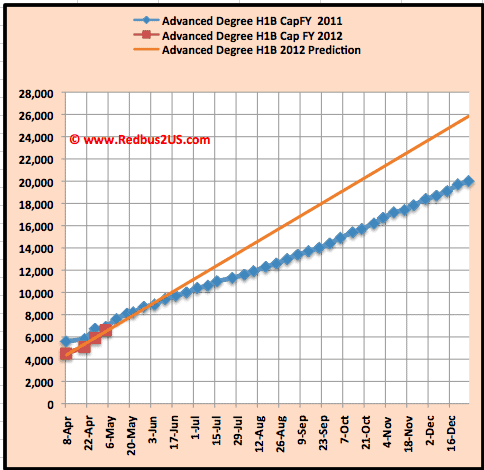