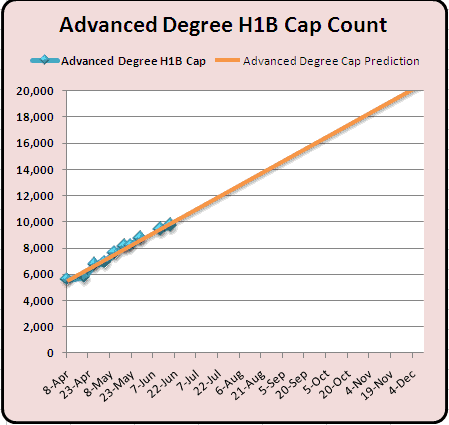 USCIS release cap count update after 10 days and the H1B cap count as of June 18th, 2010.  Here is an update since previous cap numbers : 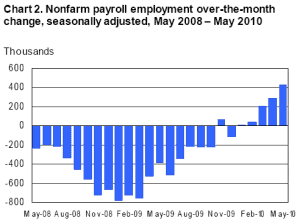 The economy is slowly recovering. If you look at the adjacent graph released by US Department of Labor , you can see that the jobs growth is stable. Currently, there are some worries about the housing market as the federal tax credit is done.  It is very hard to predict the economy and jobs because of the macro economic factors that influence. Personally, I do not see any jump in the filing of H1B petitions drastically.  I have been talking to few of my friends who were unemployed for a while, they say that the IT Consulting job market looks very good. Few of them got jobs, in fact multiple offers but had to turn them down. So, consulting wise, it looks great. Partly the reason for this good IT consulting outlook is because so many people not taking risks to change their status or staying in their home country working rather than coming to US.  As I always say, it is great opportunity for H4 visa holder and L1 visa holders to make their jobs search trials and get a good H1B sponsor.

Do you have any thoughts to share about economy or H1B cap count ? 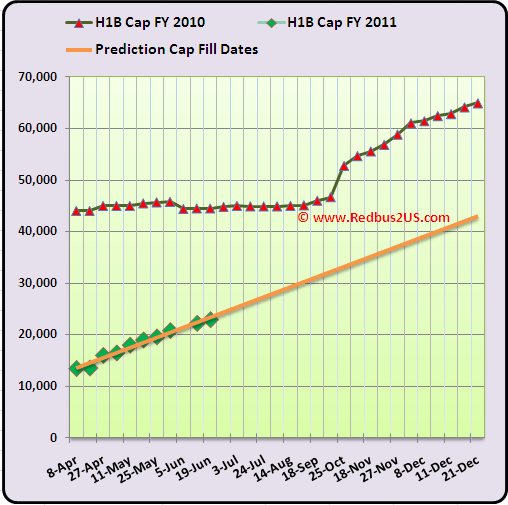