USCIS did not release any update last week. This update is released after two week and the H1B cap count as of June 11th, 2010.  Here is an update since previous cap numbers :

The H1B petitions filings were lower than the regular rate of filing. We only had 1,400 new visa petitions filed under regular quota in two weeks since May 28, 2010. If we look at the previous June 2nd H1B cap count update of USCIS, we had 1200 petitions filed in the Week of May 28th.  On an average we only 700 filed in a week which is much less than the average filings of 1100 per week this year. Also, we only had only 700 advanced degree quota filing in two weeks, which is around 350 per week and it is also less than average filings per week for this year which is around 500.

Despite the May graduations, we are not seeing a spike in the advanced degree quota filings, it could be for the simple reason that students are either not finding sponsors or they are just planning on getting their H1B visa sponsored and plan on using their 29 month OPT period and then apply for H1B next year when the economy improves.   As far as regular quota goes, there has not been anything significant to note in the last couple of weeks except the buzz about Sanders Employ America Act of 2009 -10.  Also, the news seems very optimistic as per the macroeconomic perspective, the industrial production increased by 0.8% and the job outlook looks good. Lets see what the numbers look like next week.  It is a good opportunity for H4 and L1 visa holders who plan to look for a full time job and do a status change in US.

Can you think of any specific reason for decrease in H1B petition filings? 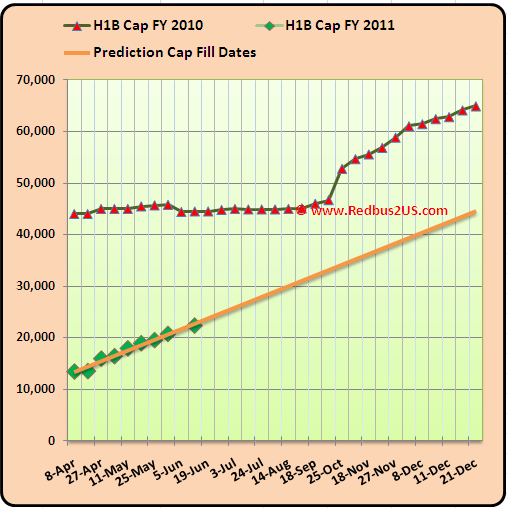 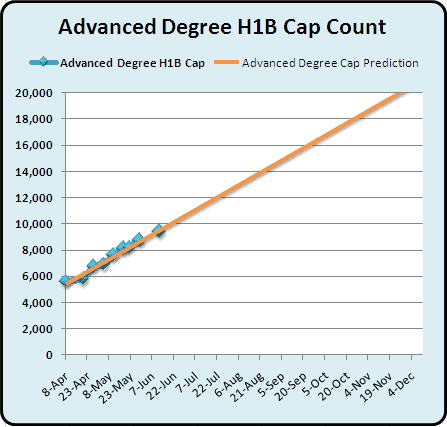