USCIS today released the latest cap count update and the H1B cap count as of July 2nd, 2010.  Here is an update since previous cap numbers :

Analysis of H1B filings this week, GDP and outlook :


We had around 200 H1B petitions filed more than last week’s June 29th H1B visa cap count. The filing count in the H1B general cap quota increased from 600 petitions to 700 petitions and Advanced degree cap increased from 300 to 400. It is not a great increase in the actual number of petition filed, but if you look at the percentages, regular cap filing was up by 17% and advanced cap filing was up by 33%. I think that is a good movement in numbers.  In all reality, nothing significant has happened and it was the just before long weekend holiday…

If you look at the graph below, we are right on track with our predictions and if the pace of the filings goes at the same rate we may have only around 45,000 visas filed by end of December 2010. On the other hand, if we look at the advanced cap filings, if the filing pace just like now, we may have that quota filled by end of November 2001 or by first week of December 2010.  The sluggish pace of H1B filings is in fact a blessing for all the H4 visa holders currently in USA to search for a full time job…

On the macroeconomic perspective, Bureau of economic Analysis have released their first quarter GDP numbers on June 25th and they report only 2.7% increase, compared with 5.6% which was for last quarter of 2009. This just shows that the GDP growth rate is not growing at same pace. End of the day what it means to Corporations is their profits based on consumer spending and in directly impacts the jobs created in US.  All of this impacts the skilled labor  hiring and prospective H1B visa petitions to be filed…

What do you think of the economy and H1Bs ? 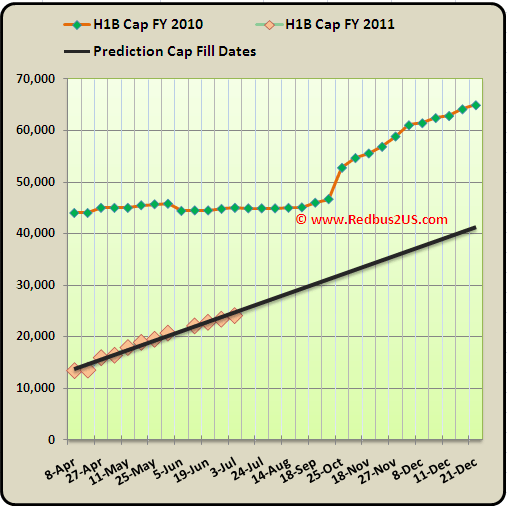 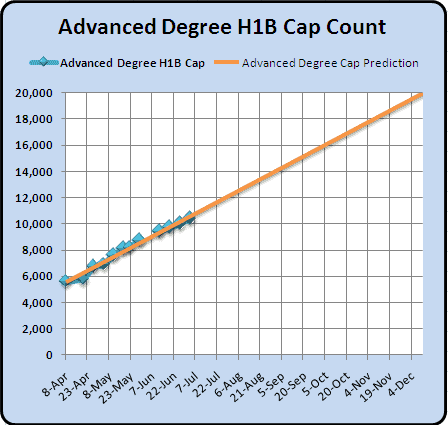