It is not surprising to see a spike in H1B petition filings this week. As predicted last week, July 12th H1B update, the pace of filings picked up after July 4th break.  Regular quota H1B filings were up by over 100% from 600 last week to 1,500 this week…also, Masters quota filings were also up by 100% from 300 last week to 600 this week. There is nothing to panic by looking at the spike in filings as it is normal for filings to go up after any long weekend break.  Based on prediction, as in below graphs, the advanced degree H1B cap might be exhausted by first week of October, 2011…unlike, the regular quota cap may last beyond February 2012, if the current pace continues. Coming to next week’s prediction, we should be back to normal filings pace…

As we look at US Economy, nothing great to report…A survey by National Association of Business Economists, indicates less growth in 2011…despite slight drop in jobless claims, the low retail sales raises concerns on US economy growth. The hot topic on the table is “ US debt ceiling issue”…If there is ‘no deal’ to raise the debt ceiling by August 2nd, it can have unimaginable devastating impact on the US economy and we may hit another recession due to primary reasons like…rise in interest rates, cut in federal spending and potential delay/default in payments by govt….the stock market will tank subsequently…. In fact, there was never a situation like this before and hopefully it will not occur. If the debt ceiling is not raised, the unemployment will spike up, decreasing demand for H1B workers as well….Not so good…   Your thoughts on US economy Debt Ceiling  ? 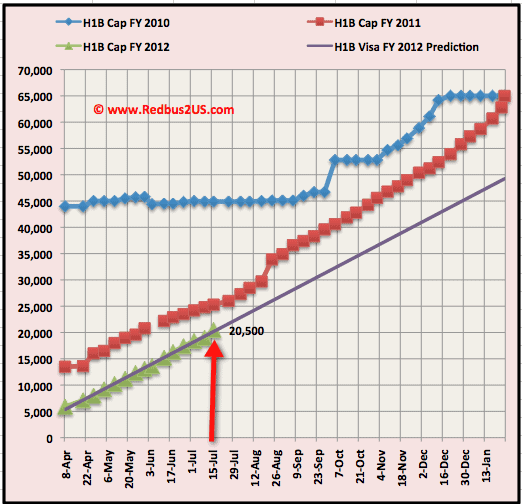 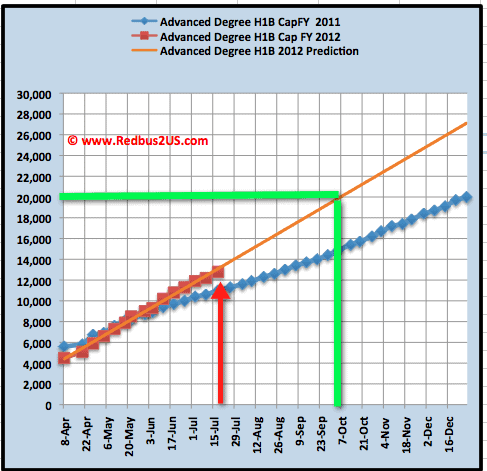