As we look at the H1B petitions filing movement, about 2,100 petitions were filed in the past week until Friday Jan 21st.  In comparison with last week, H1B visa cap count Jan 18th update,  the filing volume increased by just 100.  As discussed last week, including the Singapore and Chile visas, we are left with just 1,750 visas ( 64,550- 62,800 =  1,750 ). As all you can guess, if the current H1B filing pace continues, we should technically reach the cap before end of this week. If you have made it to FY 2011 quota, Awesome…Just in case, if you are one of those people, who could not make it for FY 2011 cap, don’t get disappointed….you have a little over couple months before H1B visa FY 2012 cap opens up…the only catch is, you will have to wait until October 2011 to start working on H1B visa.

Coming to US economy, there have been mixed results…the claims for jobless benefits reported its biggest decline in past one year, as per last Thursday report by Labor department, reported by Reuters ….on the other hand, Nielsen survey indicates that global consumers are not upbeat due to the unemployment and inflation concerns. Amidst all these, the Superbowl(NFL) tickets  (Packers vs Steelers) are selling with an average of $5000 per ticket (face value of $600 to $1200)…It just makes us wonder if the economy has picked up or just the passion for game…

What do you think of the Economy and Superbowl ? How about H1B visa 2012 ? 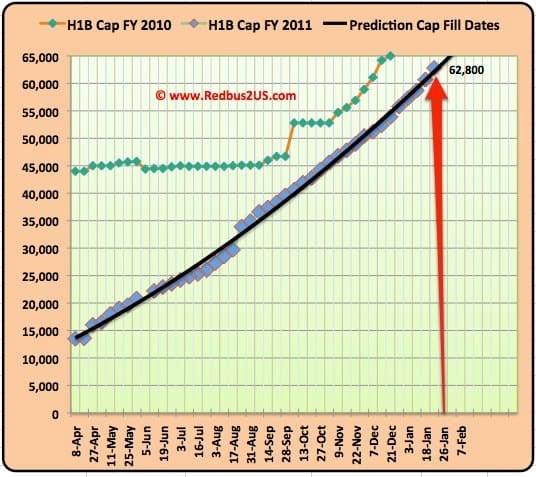