USCIS released updated H1B cap count numbers earlier today, they updated cap count by considering all the petitions received until May 20th, 2011.  I updated the cap count on our H1B Visa 2012 Cap Count Tracking page as well.
Here are the numbers :

Yet another week folks, not much variation in the movement from previous week, i.e. May 18th, H1B 2012 cap update…advanced degree quota filings remained constant at 600, unlike the regular quota filings edged up slightly by about 100 petitions. As far as predictions are concerned, looking at below prediction graphs, nothing changed since last week…regular quota would potentially last beyond Feb 2012, whereas advanced degree cap may last until last week of September…We may expect a minor spike in the advanced degree cap filings in the next few weeks…

Nothing super exciting from US economy perspective, the numbers to be released this Friday will indicate the consumer spending & sentiment…Analysts predict that the consumer spending may slow down…In general, Unemployment numbers and consumer spending determine the state of growth in any economy, it will be curious to see what the actual number would  look like…My guess would be that there will not be any surprises from an end result prediction…the economy will recover at very slow pace….
What are your thoughts on H1B visas & Economy ? 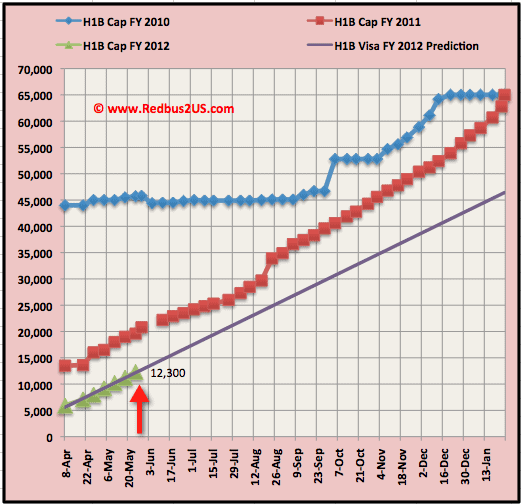 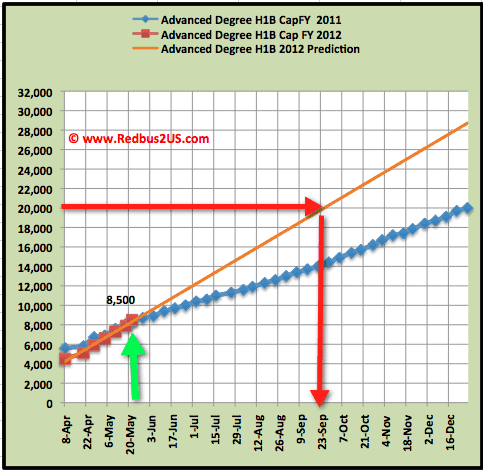