No change in the H1B filings volume this week. As we compare with last week filings, July 26th, 2011 H1B update, the volume of petitions received by USCIS for regular quota remained constant at 1,100 and those received for advanced degree quota remained same as last week as well at 500. As far as prediction goes, based on below prediction graphs, the regular quota should last well beyond February 2012, if the current pace continues…but, the Masters H1B quota is most likely to be exhausted by October first week, 2011.  Coming to next week prediction, I do not see any significant events to impact the H1B filings volume. We should see filings volume similar to this week.

As discussed last week, the hot topic on the table “US Debt Ceiling Crisis” has been resolved by a deal in congress. The deal on US Deb ceiling will raise the debt ceiling by $400 billion immediately and further by $500 billion after September. Also, with the spending cuts of about $1.2 to $1.5 trillion over period of 10 years, the debt ceiling will increase between $2.1 to $2.4 trillion.  Though the debt ceiling issue seems to be resolved, the spending cuts might impact the job outlook and increase unemployment. We have to see how the congress will reduce the spending cuts and help the US economy recovery….Added to this, various economic indicators have reached multi-month lows increasing concerns about recession in US economy…The announced job cuts rose to a 16 month high in July, US economy had worst 6 month window post recession,  retail sales had smallest gain in June, Unemployment rate of 9.2% is highest in 2011, etc…All of these factors does not help the growth of demand for H1B workers in US…Going forward, it could get more challenging for internationals seeking H1B visa employment in America…We have to wait and see how the US Govt will accommodate the spending cuts without impacting the growth and job prospects.

What are your thoughts on Deb Ceiling deal and impact to H1B holders ? 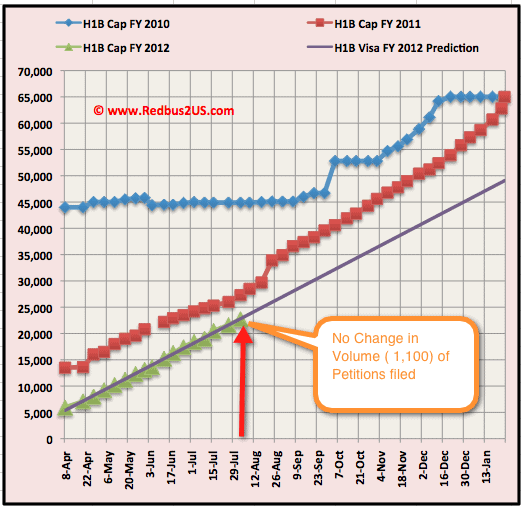 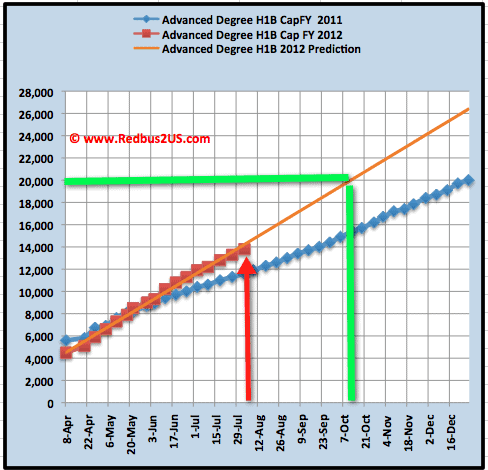