If you were wondering why there wasn’t an update on H1B visa FY 2012 cap numbers last week, the fact is that USCIS did not update them. Anyways, just now, USCIS updated H1B cap count numbers, here are the numbers since last update by USCIS. They have released cap count considering all petitions filed until August 12th,  2011.

Folks, the pace of the H1B filings have not changed much since last update, August 3rd H1B cap update. We had about 1,100 H1B petitions filed under regular quota in the last two weeks of July. The same trend continued in August. We had about 2,300 petitions filed the last two weeks, which averages to about 1150 per week.  More or less, the same trend continued in Advanced degree quota cap filings as well. We had about 900 petitions filed under Masters quota in the past two week, which averages to about 450 petitions per week. As we look at prediction graphs below, we are in line with last week’s prediction…i.e., we can expect the regular quota to last well beyond February 2012, unlike the Masters quota may be exhausted by early October, 2011.  The prediction graphs may not be giving us accurate prediction, because they do not consider the macroeconomic factors. Some of you may wonder if the trend would hold despite all the economic turmoil…the fact is that, for us to see the impact it would take at least 2 weeks, as it takes a week or so for LCA and other week for attorney to file the petition… We would have to wait and see…
As we look at US economy, the outlook is very bad. Based on data released on Friday, consumer sentiment dropped to its lowest level in 3 decades, which was caused by high unemployment, stagnant wages and US Debt ceiling issue. Last week economists were worried about the direction of US economy with US credit rating downgrade by S&P (which was announced after the debt ceiling was raised) and stocks sliding on Wall street…All these concerns were eased slightly with the positive jobs report by Department of Labor on last Thursday, which reported that the claims for new jobless benefits fell to a four-month low…Also, the Fed promised to keep interest rates near Zero until Mid-2013…Some fear a double dip recession, some do not….My perspective after listening to many analysts is that we are at an inflection point and the data in next few months will decide it…In any case, there will be federal spending cuts going forward and companies may be conservative on hiring due to the US economy outlook, it can be a little challenging for international students and professionals  seeking employment to find a H1B Sponsor…

What are your thoughts on current state of US economy and impact on H1B jobs ? 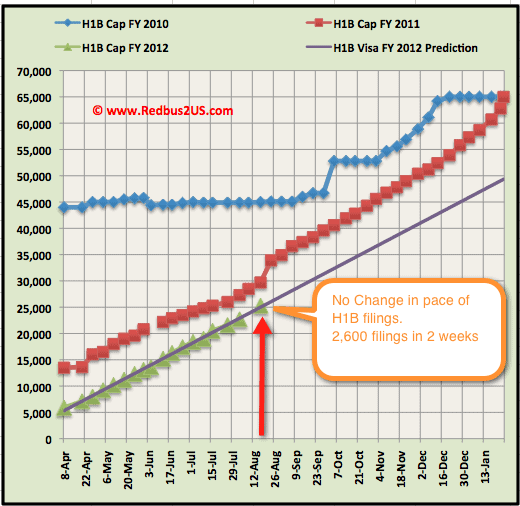 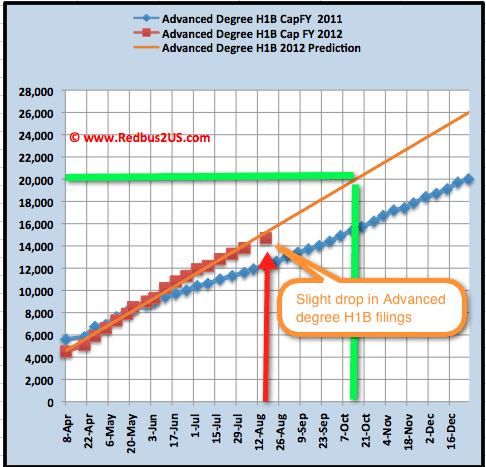