USICS released its first H1B visa cap count updates on April 8th, 2011. They counted all the petitions receieved until April 7th, 2011.  According to their update, below are the numbers :

Why do you think there is a big drop in H1B filings ? Any thoughts ? 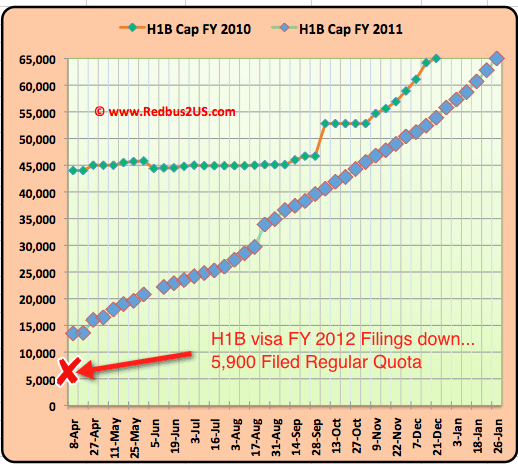 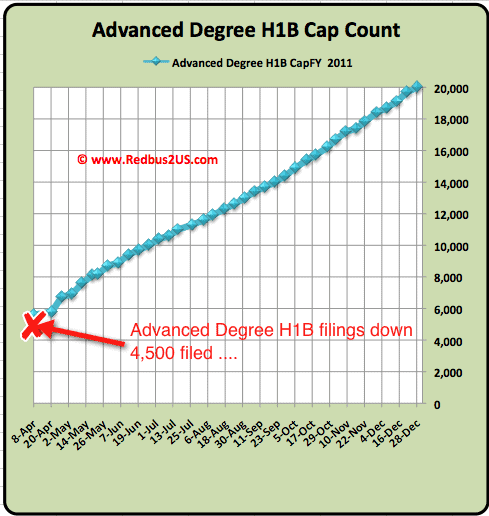