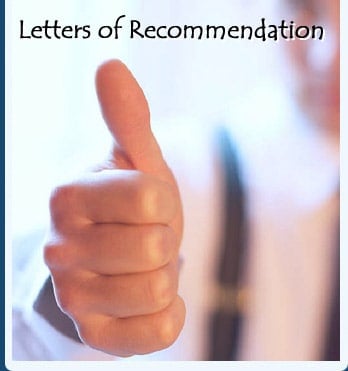 I still remember my late college years, when I was trying to figure out whom should I get recommendation letters from ? How to collect sample recommendation letters ?  Each university I applied to had different process….It was a lot of work and I am glad my professors and lecturers helped me out. Let me share some of my experiences about What are Letters of recommendation for Graduate School admission  in America and some of their basics in this article.

What are Letters of Recommendation (LORs) for Graduate School ?

A Letter of Recommendation is nothing but a letter given by someone, who either taught you a class or supervised you, describing your abilities, skills and leadership qualities.  It can be given by anyone who interacted with you closely and got a chance to either manage you or monitor you.

Some basics of Letters of  Recommendations for MS or MBA in US :

The point is, every school is different process and you cannot really generalize saying that I have to send standard letter of recommendation with my application. You will have to check with the department and graduate school for the exact forms of LOR and process.

Do you have any questions about basics of Letters of Recommendation for MS or MBA ?