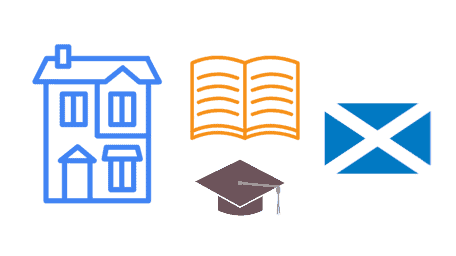 In my previous article, I covered some of the topics on how to apply, study in Scotland as international student. I thought I would do a quick round-up of studying at the University of Edinburgh and life here for those considering a degree at the Scottish capital.

I did my Master of Science in Electronics Engineering, which was a one-year taught course. The standards of teaching were consistently high and very focussed on the practical application of concepts. Contact class hours are from 30 to 35 per week and the rest of the time is expected to be devoted to self-study. Coursework tends to be a mix of assignments, examinations and lab work.

How is life in Edinburg as international Student ?
Life in Edinburgh is very easy to adjust to. Edinburgh is the capital of Scotland, which is part of the United Kingdom. About 450,000 people live here of which the number of students at the university is about 33,000. Edinburgh is a friendly and welcoming city. Due to the massive popularity of Scotland as one of the top tourist destinations of the world, people here are very used to a lot of foreigners in the centre of town. It is also a city that has a lot of funding and focus on art and culture. The Edinburgh International Festival which takes place every year in August is the largest arts festival in the world. Apart from that, there is always events, theatre, art exhibitions and installations and shows taking place, some of which are free for students.

There are about 300 Indian students studying at the University as of 2017. This number has gone down in the last few years because of political events like Brexit and the risk of not ending up with a job after graduation, which deters Indian students. But Scotland has always been welcoming to immigrants. It remains to be seen which way the situation changes depending on the exact terms and conditions of Brexit.

How was your experience in Scotland as student ? Any interesting things to share ? 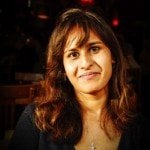 Udita Banerjee works in Technology Innovation in Banking. When she’s not reviewing theatre,she’s poking around in charity shops and second-hand bookstores. Travels have taken her from surviving a supercyclone in 1999 to featuring on the cover of a Scottish Book Trust anthology in 2013, both of which are excellent ice-breakers. Some of her favourite things include old books, pressed flowers, and the drama of Edinburgh skies. She’s on Twitter as @AuditBanshee