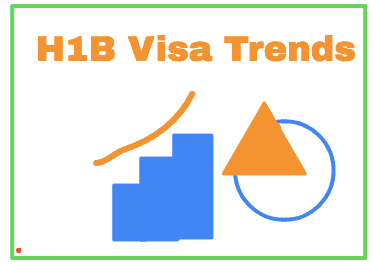 As many of you are going through the H1B process and experiencing long delays, you maybe wondering, is it like this every year or something new…USCIS has recently released H1B receipt filings, approval rates and other key stats as part of the transparency under the Trump’s  Buy American Hire American Executive Order .  I have tried to put the graphs together from the available data in tables for everyone’s benefit.  Below are some of them.

USCIS gave data of receipts and approvals. I just computed the approval percentages. You can see the significant drop in H1B approvals percentage from average 87% to 59% last year for FY 2017.  Approximately, the average in all 10 years is around 75 to 80%, but it is dropped significantly last year to 60%.  Definitely, the data speaks about the tighter H1B visa adjudication process by USCIS.  All the graphs and data below is up until June 30 for FY 2017 at the time of publication of the article. 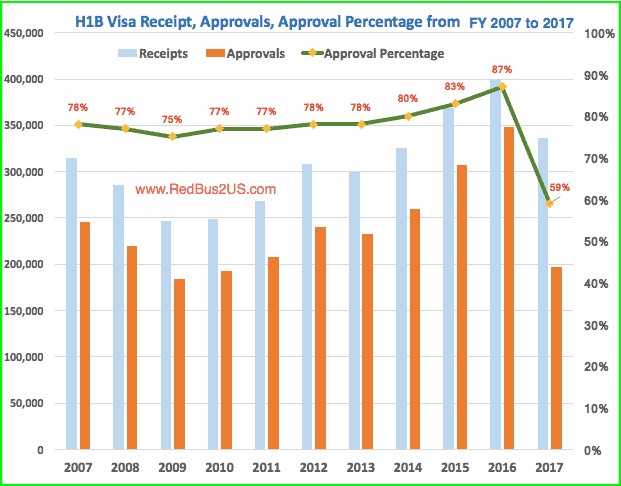 The below graph is pretty clear, India, China, Philippines & South Korea are the major beneficiaries of the program.  What it means is that, if the rules get tough under Trump administration, there is potential for more rejections for applicants filed under these countries. 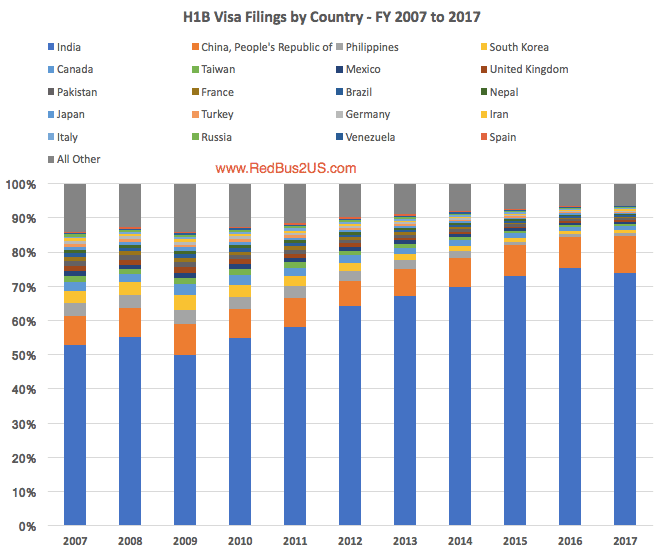 The three major industries that utilize H1B program are Custom Computer Programming Services, Computer System Design Services and Colleges & Universities.  It is not surprising to see this as the major beneficiaries from the global IT outsourcing companies fall under these, except Universities. 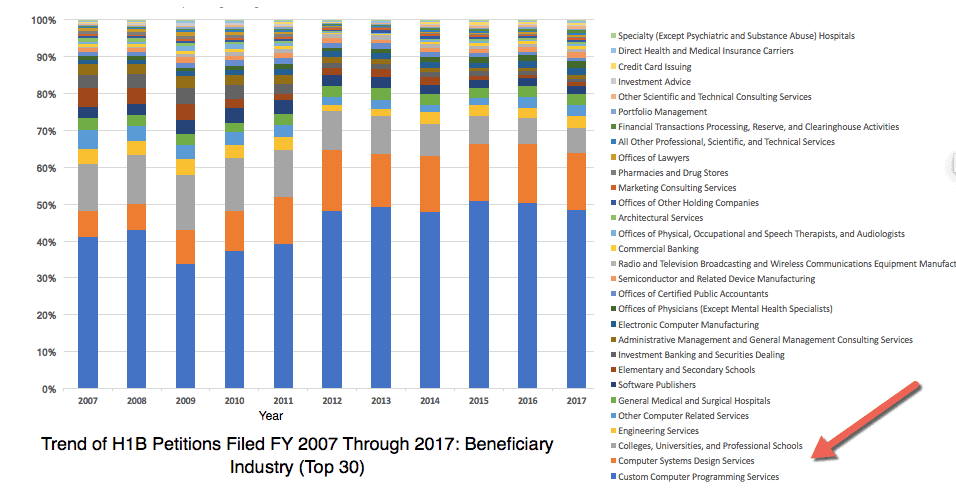 With these above stats and the new H1B Rules for H1B extensions, we can expect more delays, RFEs and stats may change for the upcoming years, both from approvals, industries, and countries.

What are your thoughts on the H1B Trends and Data ?  What is the future for H1B prospective holders ?