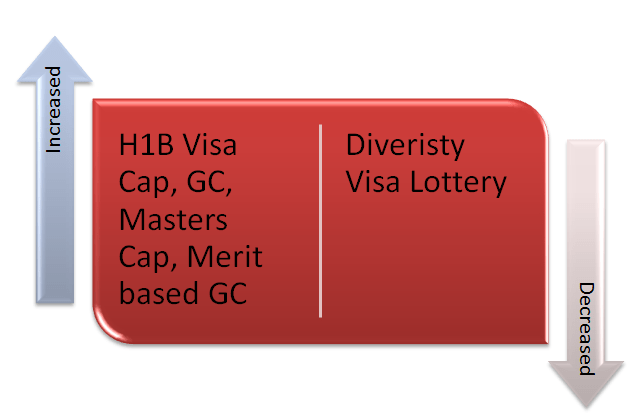 Big positive news for the all the US STEM Masters students and prospective highly skilled workers planning to come to America on H1B visa.  Today the Comprehensive Immigration Reform ( CIR) passed the Senate Judiciary committee after a long debate.  There are many aspects of the immigration bill, which got passed…But, in interest of our blog readers, we will cover the summary related to H1B Visas, Green card and Startup Visa and Comprehensive immigration bill changes.

We will post detail in-depth analysis  in the upcoming articles.   The Comprehensive Immigration reform is a mammoth 867 Page document …Phewwwww!

Next Steps on 2013 Immigration Bill and H1B Visa changes  – Process ?

Current state is that the comprehensive bill passed Senate Judiciary committee with a 13 to 5 vote yesterday. Next step is to have this comprehensive immigration bill introduced in the Senate in next month for full round of debate. We will keep you posted with updates.

What are your thoughts ?  Do you think these changes are good enough for future H1B visa seekers?