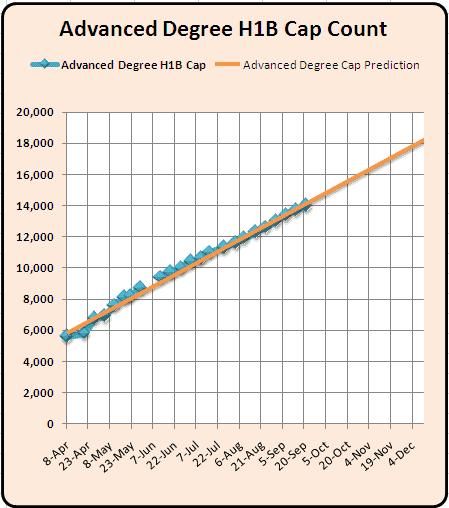 If we take a quick look at the H1B petitions filed, the regular quota numbers stayed almost the same with increase by only 100 from 800 to 900 as we compare with last week, Sep 13th, 2010 H1B Cap Count… there was no change in the volume of Advanced degree cap filings, staying at 300 just like last week.  Well, we saw the rise in H1B filings couple weeks ago with news of increase in H1B fees and others concerns, but I think now all that stuff is over….Also, the third quarter is coming to an end, I do not know if companies care about the quarters or not for hiring employees, but something  to keep in mind …Just my guess for next week, we might expect to see the same sluggish pace in the filings as this week… It is funny, I just listen the same kind of words in NPR from Chief economists and other big Wall Street firms about the economy “slow recovery”…:) 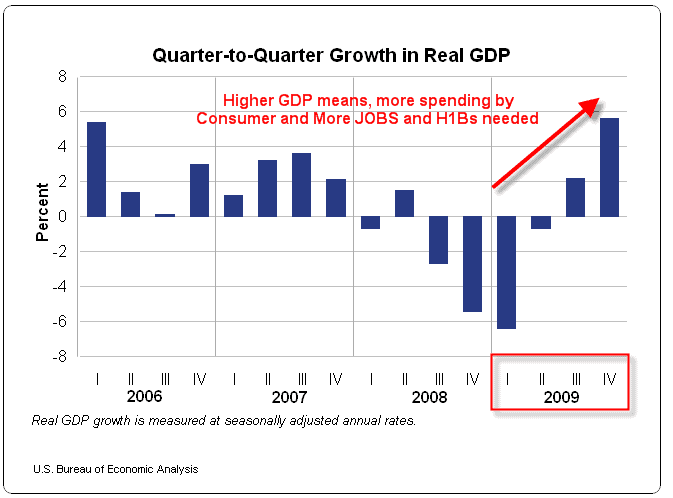 From economy news perspective, National Bureau of Economic research said that the recession ended in June 2009 and it was the longest recession since world war II. Many of you might be thinking, what the heck, recession has ended ?  How come there are still no jobs.  The truth is, according to definition recession is nothing but two consecutive quarters with negative GDP or significant decrease in the academic activity. If you look at the GDP graph , you can see the increase in GDP. Well, it seems like I am giving an economic lecture to you all…Anyways, on the other hand the new housing starts up by 10.5 %, and they say it is highest level since Spring.  The reality is, we look at all these stats to see the rise in overall economic activity to create jobs…seems not happening as fast as you expect it…we will see what happens. As economists always say, I will also say “It will be slow recovery” 🙂 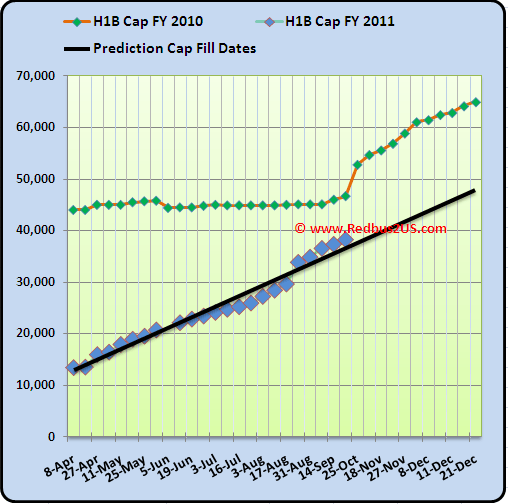