History of the Cap count Updates are tracked on our H1B Visa 2012 Cap Count
Tracking page as well.

H1B petitions Filings Back to Normal pace . Mixed News on US Economy

Well folks, As speculated last week, July 18, 2011 H1B update, the pace of filings retracted back to normal pace. Regular quota filings volume dropped back to 1,600 this week from 2,100 last week…similarly, Advanced degree quota H1B filings volume got down to 500 from 600 last week. The overall volume of 1,600 petitions is exactly same as the volume of filings before the long weekend break. Nothing changed from the prediction perspective…As we look at the below prediction graphs, regular H1B quota might last well beyond February 2012… Unlike, Master’s quota may exhaust by first week of October. As far as next week’s prediction goes, we should expect to have the same volume of filings as this week…
Mixed news from US economy perspective….Conference Board updated a slight increase in consumer confidence index in July, in comparison with June….unlike, US Department of labor reported on Friday that the Unemployment rate increased in about 28 states from the previous month…Adding to this, the home prices in May dropped by about 4.5%, from one year ago in about 20 major cities…Also, as discussed in last week analysis, the current biggest issue on the plate is US Debt Ceiling issue…with all these issues, it is most likely that there will be huge cuts in the federal government spending, which will raise the unemployment rate…The job outlook does not look very good…It could get more challenging for new prospective H1B visa seeks to find a sponsor with ailing US economy….

What are your thoughts on H1B jobs ? 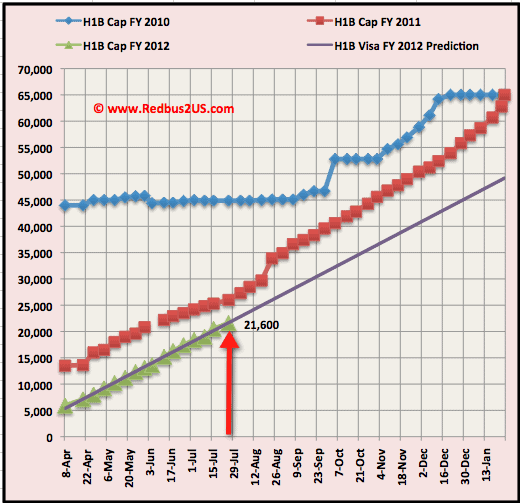 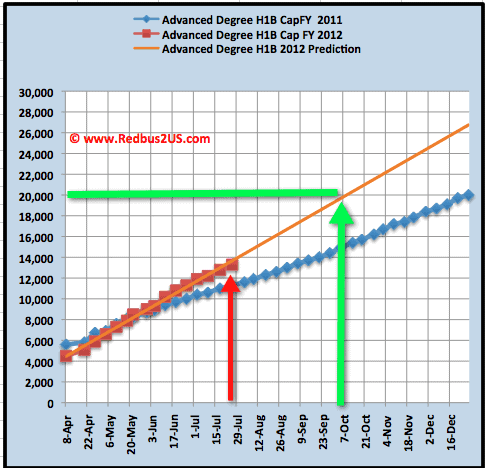