USCIS updated the H1B cap count numbers today. As of January 14th, 2011 the updated H1B petition filing numbers as reported by USCIS are :

As we have been very optimistic about US economy in the last quarter, it has been cemented with some outstanding sales numbers released by National Retail Federation. They say, US retailers had their best holiday sales (Nov & Dec, 2010)  in 6 years with 5.7% increase. On the contrary, Market Watch reports that consumers may not bail out the economy fully, even with these optimistic numbers, because consumers are most likely to face increase in prices from food to gas including increase in taxes, fees, bank charges, air fares, etc in 2011. The biggest concern is unemployment rate, which is still at a very high level… In general, the outlook for 2011 looks strong based on analysts forecasts and so far no big surprises…lets hope it continues and increases demand for highly skilled labor creating demand for H1B workers in USA. 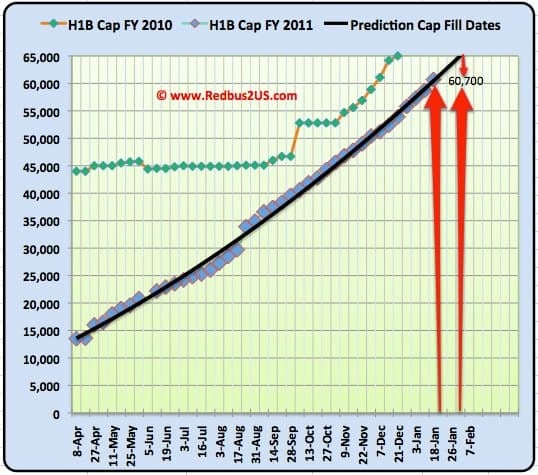