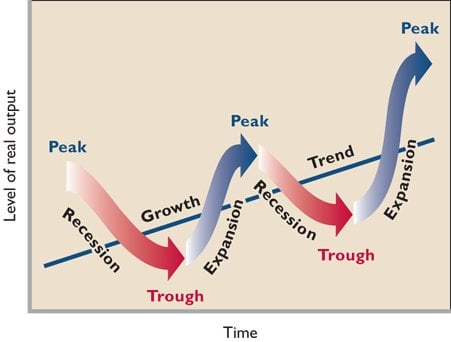 In general, it is always a good idea to look at past data and understand the trend for future decisions.  Let us look at H1B cap reach dates by year from 2003 to 2011 in this article and analyze on how it can help us to estimate the best time to file for H1B visa 2012. 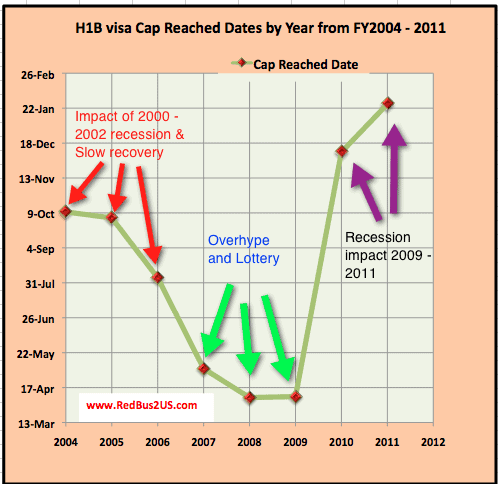 In Macroeconomics, after recession, there is a general expansion phase as in above graph (first one under title).  Based on National Bureau of Economic research report, we have hit the recession trough in June 2009 for the recession that started in 2007…technically, we are in expansion phase according to them since June 2009…. but, the growth has been sluggish, which has been a worry…The pace of growth predicted for 2011 seems optimistic and good…If we go by logic, we should reach the H1B cap earlier than this year i.e. FY 2011.  It can be very hard to predict the exact H1B visa 2012 cap reach date right now just by the data at hand as we only have data for one economic cycle.  In general, it should reach earlier than H1B visa 2011 cap reach date. So, if you are one of those people looking to file H1B visa in Fiscal year 2012 quota, which starts in April. Start planning ahead…If you are looking for info prior to 2003, read article : H1B cap reach dates by year from 1999 – Graph

What are your thoughts on cap reach dates and prediction of the same for H1B FY 2012 cap?