As we look at the movement in the H1B filings from below graphs, no big surprises…the trend we see this week is just like last year average…As we have two data points, I tried to do simple prediction based on two points, which in most cases will not be right…just for the sake of comparison, if the pace of the H1B filings goes like this week, the regular H1B quota will last even after February 2012…But, the advanced degree cap may be just about like last year, which is around December 2011.  In my view, the prediction is wrong due to less data to predict and not considering macro economic factors…From economy perspective, it is mixed news…there was rise in people seeking unemployment benefits, it crossed 400,000 for the first time in a month. But economists predict that it will be back to normal and people seeking benefits will go down…Whats in it for H1Bs ? Well, the more jobs, the more need for skilled labor, which is H1Bs…

What are your thoughts on economy ? Any random predictions ? 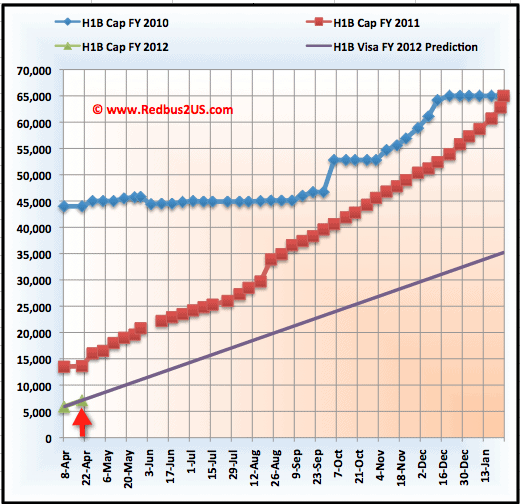 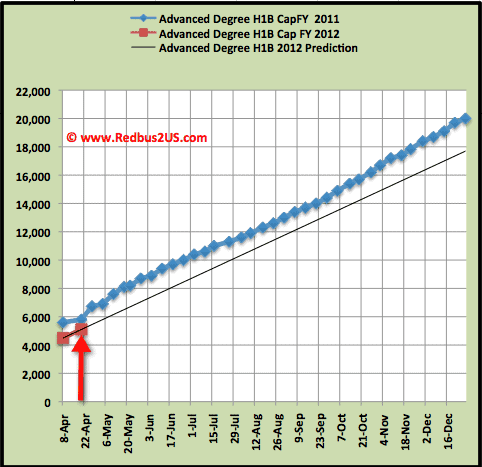