As speculated, advanced degree H1B cap was filled in the week of Dec 24th, 2010.  There were only 300 left in the advanced degree cap and they were filled. The pace of the overall H1B cap filings remained same. If we compare with Dec 21st, H1B cap count, regular cap was up by 400 from 1,500 to 1,900 and the advanced cap got filled with 300 to reach 20,000.  We had about 600 petitions filed in the week of Dec 17th under advanced cap, as the cap got filled with 300, I believe the additional 300 might have been counted towards regular cap. Overall, the pace remained pretty much same…With New year holidays and vacation, we may expect a small fall in filings next week…but it should pick up rapidly after next week…If you look at last year, the volume of H1B petitions spiked up in the last few weeks, we may expect a similar scenario with the positive outlook of US economy.

From an economy perspective, good start for a new year with good numbers reported… US manufacturing grew at its fastest pace in 7 months in December…Also, major numbers are due this week to shed some positive outlook…Duke’s CFO survery predicts 2% increase in employment, which may translate to 2 million jobs…Though, the survey is very positive, analysts predict it will take at least 4th quarter for unemployment to dip below 9%. Lets hope for the best…The aggressive hiring could result in increased demand for H1B workers in US…It will be interesting to see how the overall job market looks around April and how the H1B FY 2012 quota filings may result either in lottery or not…Hopefully, the new proposed rule for H1B FY 2012 filings will be implemented saving lots of money and time for everyone. 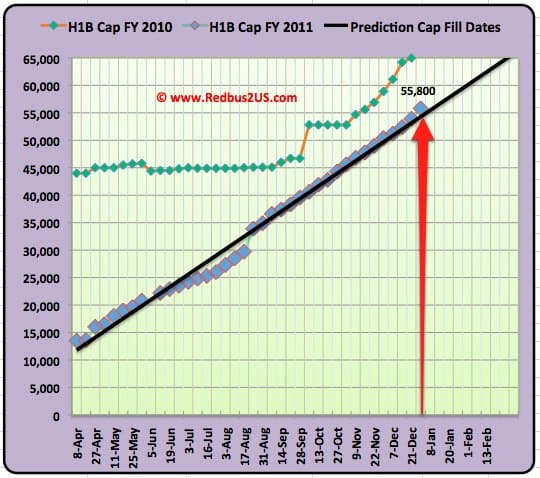 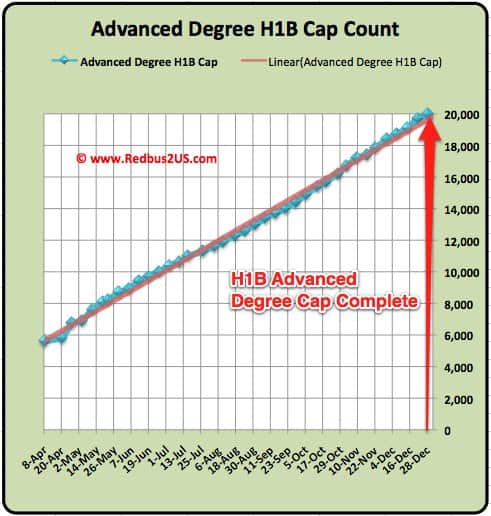