USCIS have made an update to the H1B cap count today with the H1B petitions filed with USCIS  as of April 22nd , 2010.  The update since previous cap count numbers : 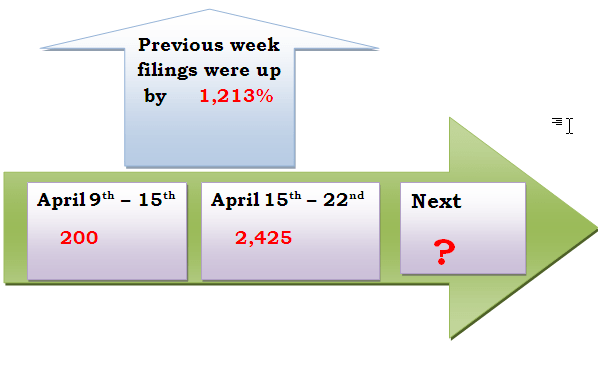 If you look at the numbers, there has been a significant jump in the number of filings. If you look at the April 19th, 2010 update of H1B visa cap count, there were only  100 visas filed for regular cap, but this week there has been 2,425 visas filed for Regular cap. Also, for the advanced degree to there were only 200 cap eligible visas filed last week but now the count is up to 939. If you do simple math, the number of H1B petitions filings have almost increased by 1,213 % which is incredible.

What does this rapid increase in H1B filings mean ? H4 Visa holders Advantage ?

Well, it is really amazing to see the jump in numbers by so much, but the reality is we are still behind a lot by last year’s i.e. FY2010 cap numbers. We cannot really say the job market increased in a week because there is sudden demand for H1B workers in a week, jobs are not a commodity to increase in a week like Gas. My take on this sudden jump is simple, these new petitions have been prepared over time and filed carefully taking caution. Because of the increase in requirements with new H1B visa rules of 2011, attorneys are taking time to file LCA and do it right. Just imagine even if the same trend continues and USCIS receives this same amount of petitions(2,400) every week, the total remaining cap will last for 19 weeks or around 4.5 months. This is a lot of time and this is going to work out very well for H4 Visa holders and gives much options for conversion from H4 to H1B visas, who can start looking for a full time job and get the sponsorship instead of going to a consultancy and filing H1B.  Anyways, these are my thoughts…

What do you all think  ? 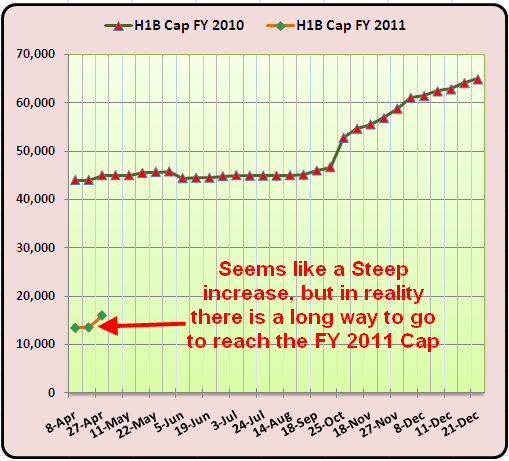